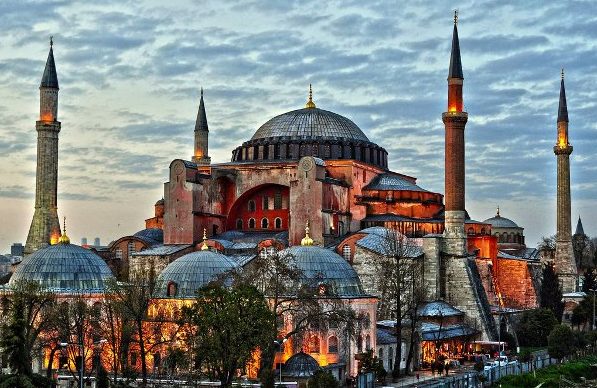 In all its glory After years of renovation work, the interior of the Hagia Sophia can now be enjoyed in its true splendour. For many years it was impossible to admire the interior of the Hagia Sofia, Istanbul`s most enduring landmark, due to the maze of scaffolding that covered it. Restoration work on the building, which is almost 1,500 years old, was painstakingly slow; originally constructed by Emperor Justinian as a Byzantine Church, it later served as a mosque, and is now a museum and UNESCO World Cultural Heritage site. But last year, when Istanbul was Europe`s Capital of Culture,