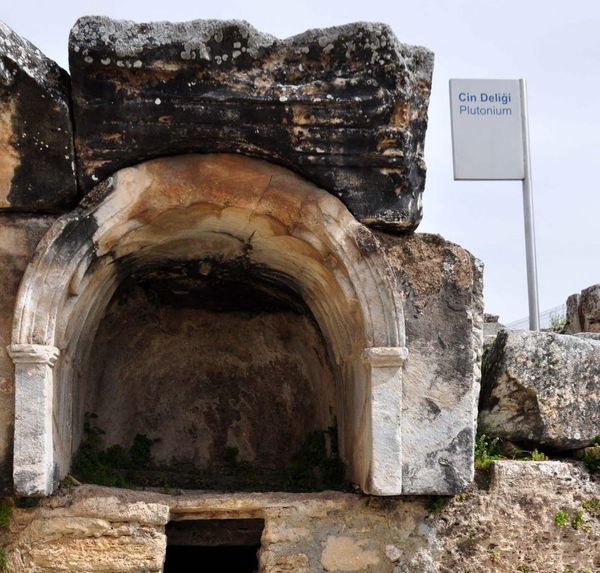 Since the theater has been restored, it is now possible to see the friezes of mythological scenes in their original positions, depicting Apollo and Artemis. Thirty rows of the seats of this theater have survived. Passing through the city walls above the theater one may proceed to the Martyrion of St. Philip, an octagonal building erected on a square measuring 20 by 20 m., built in the early 5th century AD. Near the road is the Temple of Apollo, the principal deity of the city.

While the foundations of this temple go back to late Hellenistic times, the present remains of the upper structure are from the 3rd century AD. Next to it is a cave called the Plutonion from which poisonous gases emerge. (According to Strabo, an ox thrust into this cave would keel over and die. He himself experimented with doves.) The temple measures 20 by 15 m. and sat on a platform that was 2.5 m. high. In front of the temple is a monumental fountain. Built during the late 3rd century AD, the walls of