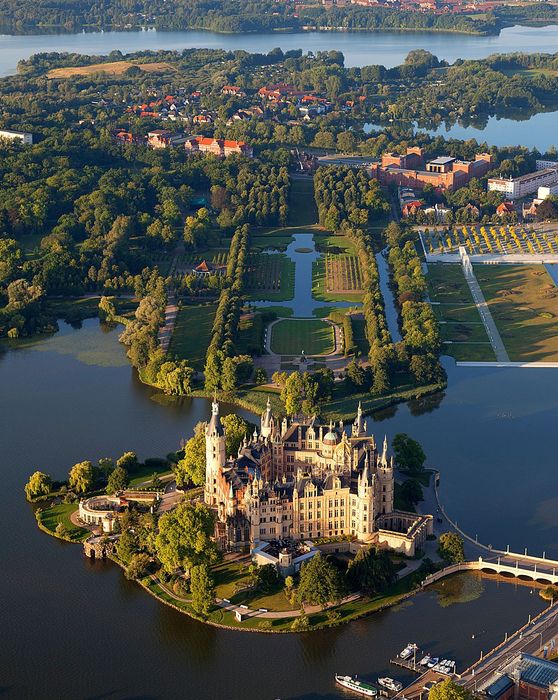 The mischievous spirit of Schwerin Castle

Petermannchen, the spirit of the centuries- old castle in the Germany city of Schwerin, chases away thieves with his pranks while he rewards good-natured guests

Schwerin, referred to as the ‘Jewel of the North’ is the smallest but most charming city in Germany. The city, which has a population of merely 96,000 is one of Germany`s most treasured tourist attractions although it is not well-known by foreign tourists. Having a coast on the Baltic Sea made the city one of the most popular holiday destinations, especially since the reunification of the two German states in 1990. There are a total of 2,000 lakes in the state that has the cleanest water and air in Germany.

An island in the middle of the lake

Schwerin Castle is the most important building in the city, located on the island in the lake in the city center. A bridge connects the castle to the mainland. The most prominent c