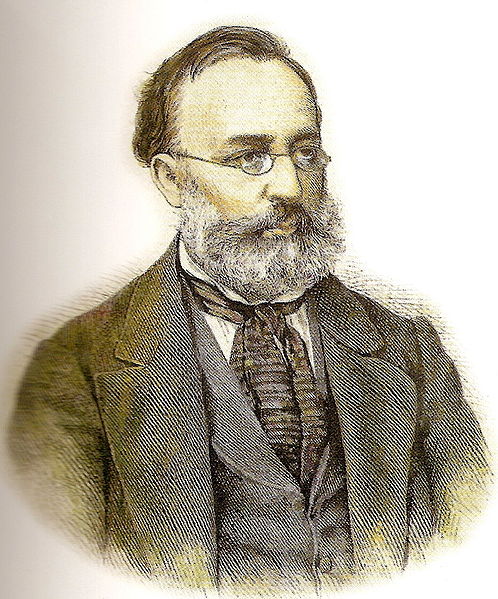 Keller, one of the most distinguished writers of Switzerland, is claimed by the Germans because he wrote in their language. The son of a Swiss mechanic, he spent a dreamy and aimless youth. He lived a great part of his life in Zurich. It was not until after his death that he was recognized as one of the masters of German literature. Professor Thomas declares that his “books are on the whole the very best reading to be found in the whole range of Nineteenth Century

German fiction.” He wrote almost entirely of his beloved Switzerland. His Seven Legends (1872), in which A Legend of the Dance first appeared, is one of his most beautiful books.

The present version, translated by Martin Wyness, is reprinted, by permission of the publishers, from Seven Legends, Gowans & Gray, Glasgow, 1911.

A Legend of the Dance

According to Saint Gregory, Musa was the dancer among the saints. The child of good people, she was a bright young lady, a diligent servant of the Mother of God, and subject only’ to one weakness, such an uncontrollable passion for the dance that when the child was not praying she was dancing, and that on all imaginable occasions. Musa danced with her playmates, with children, with the young men, and even by herself. She danced in her own room and every other room in the house, in the garden, in the meadows. Even when she went to the altar it was to a gracious measure rather than a walk, and even on the smooth marble flags before the church door, she did not scruple to practice a few hasty steps.

In fact, one day when she found herself alone in the church, she could not refrain from executing some figures before the altar, and, so to speak, dancing a pretty prayer to the Virgin Mary. She became so oblivious of all else that she fancied she was merely dreaming when she saw an oldish but handsome gentleman dancing opposite her and supplementing her figures so skilfully that the pair got into the most elaborate dance imaginable. The gentleman had a royal purple robe, a golden crown on his head, and a glossy black curled beard, which age had touched as with streaks of starlight.

At the same time music sounded from the choir where half a dozen small angels stood, or sat with their chubby little legs hanging over the screen, and fingered or blew their various instruments. The urchins were very pleasant and skilful. Each rested his music on one of the stone angels with which the choir screen was adorned, except the smallest, a puffycheeked piper who sat crosslegged and contrived to hold his music with his pink toes. He was the most diligent of them all. The others dangled their feet, kept spreading their pinions, one or other of them, with a rustle, so that their colors shimmered like doves` breasts, and they teased each other as they played.

Tagged: A Legend of the Dance 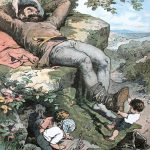 The Sailor and the Pearl Merchant part 1