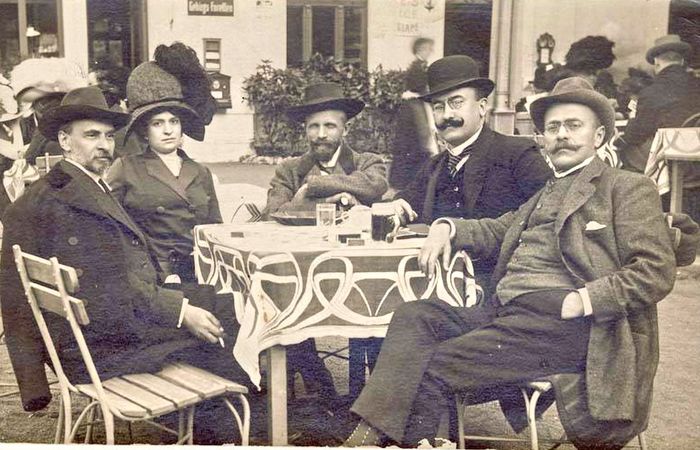 Then he had passed under the portico, and had listened at the top of the stone steps by the door which was secured with a bar of wood. He shook so that he could scarcely stand, but he would not rest. The most distressing thing of all was that he had answered Sura`s persistent questions sharply, and had sent her to bed, ordering her to put out the light at once. She had protested meanwhile, but the man had repeated the order curtly enough, and she had had unwillingly to submit, resigning herself to postponing to a later date any explanation of his conduct.

Sura had put out the lamp, had gone to bed, and now slept by the side of Strul.

The woman was right. Leiba was really ill.

Night had fallen. For a long time Leiba had been sitting, listening by the doorway which gave on to the passage.

Indistinct sounds came from the distance—horses trotting, the noise of heavy blows, mysterious and agitated conversations. The effort of listening intently in the solitude of the night sharpens the sense of hearing; when the eye is disarmed and powerless, the ear seems to struggle to assert its power.

But it was not imagination. From the road leading hither from the main road came the sound of approaching horses. Leiba rose, and tried to get nearer to the big door in the passage. The door was firmly shut by a heavy bar of wood across it, the ends of which ran into holes in the wall. At his first step the sand scrunching under his slippers made an indiscreet noise.

He drew his feet from his slippers, and waited in the corner. Then, without a sound that could be heard by an unexpectant ear, he went to the door in the corridor, just as the riders passed in front of it at walking pace. They were speaking very low to each other, but not so low but that Leiba could quite well catch these words:

“He has gone to bed early.”

“Supposing he has gone away?”

“His turn will come; but I should have liked”

No more was intelligible; the men were already some distance away. To whom did these words refer? Who had gone to bed or gone away?

Whose turn would come another time? Who would have liked something? And what was it he wanted? What did they want on that byroad—a road only used by anyone wishing to find the inn?

An overwhelming sense of fatigue seemed to overcome Leiba.

Could it be Gheorghe?

Leiba felt as if his strength was giving way, and he sat down by the door. Eager thoughts chased each other through his head, he could not think clearly or come to any decision.

Terrified, he reentered the inn, struck a match, and lighted a small petroleum lamp.

It was an apology for a light; the wick was turned so low as to conceal the flame in the brass receiver; only by means of the opening round the receiver could some of the vertical shafts of light penetrate into a gloom that was like the darkness of death—all the same it was sufficient to enable him to see well into the familiar corners of the ipn- Ah! How much less is the difference between the sun and the tiniest spark of light than between the latter and the gloom of blindness.

The clock on the wall ticked audibly. The monotonous sound irritated Leiba. He put his hand over the swinging pendulum, and stayed its movement. 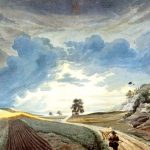 A Legend of the Dance part 2 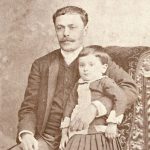 The Shepherdess and the Sweep part 1