The Lighthouse Keeper of Aspinwall part 12 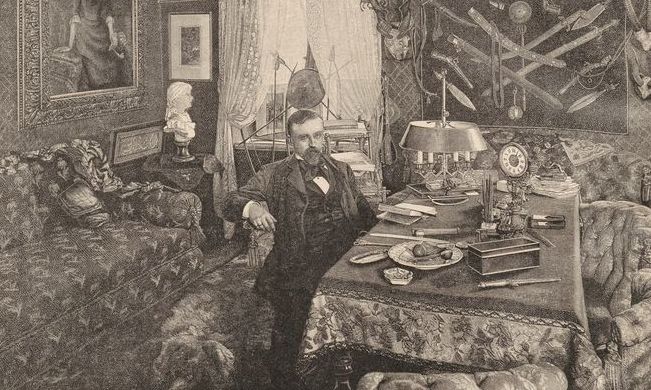 In the sobbing which shook him there was no pain only a suddenly aroused immense love, in the presence of which other things are as nothing. With that great weeping he had simply implored forgiveness of that beloved one, set aside because he had grown so old, had become so accustomed to his solitary rock, and had so forgotten it that in him even longing had begun to disappear. But now it returned as if by a miracle; therefore the heart leaped.

Moments vanished one after another; he lay there continually. The mews flew over the lighthouse, crying as if alarmed for their old inend. The hour in which he fed them with the remnants of his food had come, therefore, some of them flew down from the lighthouse to him, then more and more came, and began to pick and shake their wings over his head.

The sound of the wings roused him. He had wept his till, and had now a certain calm and brightness; but his eyes were as if inspired He gave unwittingly all his provisions to the birds, which rushed at him with an uproar, and he himself took the book again. The sun had gone already behind the gardens and the forest of Panama, and was going slowly beyond the isthmus to the other ocean; but the Atlantic was full of light yet; in the open air there was still perfect vision; therefore, he read further:

“Now bear my longing soul to those forest slopes, to those green meadows.

At last the dusk obliterates the letters on the white paper—the dusk short as a twinkle. The old man rested his head on the rock, and closed his eyes. Then “She who defends bright Chenstohova took his soul and transported it to “those fields colored by various gram On the skv were burning yet those long stripes, red and golden, and on those brightnesses he wis flying to belovjd regions. The ptnewoods were sounding in his ears; the streams of his native place were murmuring.