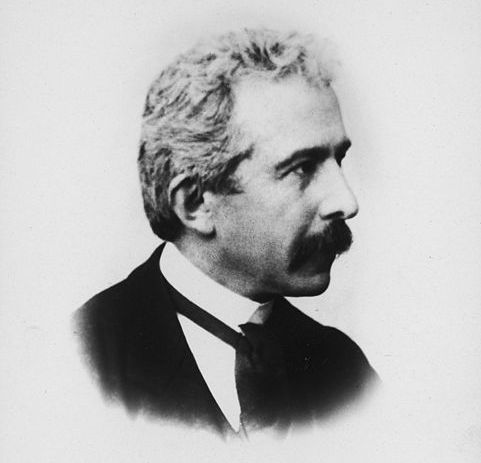 I shall never forget the picture of the two heads on the pillow: the beginning and the end of life. One with the laughing eyes and dimpled rosy cheeks of the “bambino,” and the other a dying man`s contracted features, with hollow face darkened by the shadow of death. The idea that the evil spirit was hovering above both, ready to claim one of the two as his victim, caused me to shudder at this point the village priest appeared, a simple, kind-hearted man whom I had met once before. He saw the child on the bed and thought a reconciliation had been effected.

“So at last all is well. God be praised!” he said, feelingly. He leaned over and felt the pulse of the dying man.

The child began to cry, and its mother made a move to take it in her arms, but the priest would not permit.

“Leave the `bambino` there,” he said. “Matteo`s time has come. Let him pass to the other world with an angel to guide him,” and he commenced to recite the prayers for the dying.

X, with little liking for such scenes, preferred to risk the descent of the ladder, and I hastened to assist him, but before going down myself, I turned to satisfy my curiosity with one last look.

Sons and witnesses had disappeared, I could not tell where. The young mother had taken her babe and was busy trying to quiet it with kisses and caresses, as if the child alone was worthy of attention; and the old woman, faithful to the last to the man whom she had slaved for with a brutish devotion, was kneeling by his side, praying.

I descended the ladder and with X wandered back to the town along fields of ripening grain, across meadows gay with flowers, and under rows of poplar trees joined together by festoons of vines from which hung clusters of already darkening grapes; and as we went along I wondered how all this innocence of nature, this beauty of flower and this blessing of fruit, could nourish in the human heart such despicable greed and bitter hatred.

“I cannot understand,” I said to X; “it seems to me there must be something wrong in the methods which man employs for making use of all the glorious gifts of God. `

“I fear that is true,” he replied, “and that the mistake arises from the. worst and most original of all sins—the sin of selfishness. But let us leave its solution to the Creator and to mankind. Together they will surely some time find a remedy.”