He was in his way a most peculiar original. This old soldier, tempered, God knows in how many fires, hardened in suffering, hammered and forged, had the heart of a child. In the time of the epidemic in Cuba, the vomito attacked him because he had given to the sick all his quinine, of which he had a considerable Supply, and left not a grain to himself.

There had been in him also this wonderful quality—that after so many disappointments he was ever full of confidence, and did not lose hope that all would be well yet. In winter he grew lively, and predicted great events. He waited for these events with impatience, and lived with the thought of them whole summers.

But the winters passed one after another, and Skavinski lived only to this—that they whitened his head. At last he grew old, began to lose energy; his endurance was becoming more and more like resignation, his former calmness was tending toward supersensitiveness, and that tempered soldier was degenerating into a man ready to shed tears for any cause.

Besides this, from time to time he was weighed down by a terrible homesickness which was roused by any circumstance—the sight of swallows, gray birds like sparrows, snow on the mountains, or melancholy music like that heard on a time. Finally, there was one idea which mastered him—the idea of rest. It mastered the old man thoroughly, and swallowed all other desires and hopes.

This ceaseless wanderer could not imagine anything more to be longed for, anything more precious, than a quiet comer in which to rest, and wait in silence for the end. Perhaps specially because some whim of fate had so hurried him over all seas and lands that he could hardly catch his breath, did he imagine that the highest human happiness was simply not to wander.

Read More about The Lighthouse Keeper of Aspinwall part 13 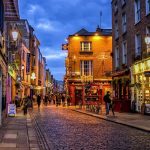